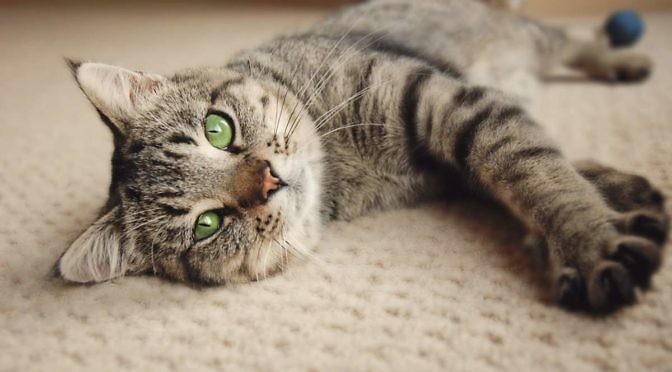 Aside from the fact that County Louth has a stray cat population of biblical proportion, there are other good reasons to neuter your cat.

From around the age of 4 months, kittens reach sexual maturity and are therefore capable of breeding and producing kittens themselves. Think about that. Do the maths on it. Having trouble? Well then, look at this: 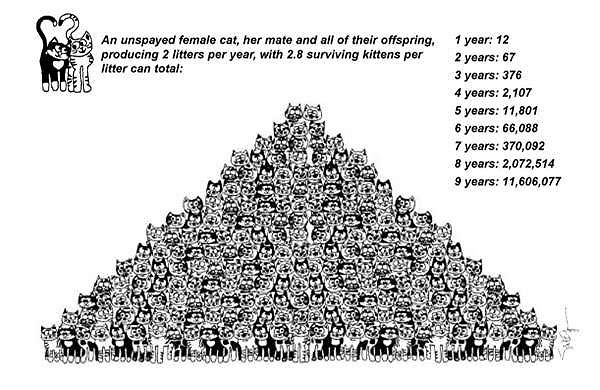 Isn’t that just crazy? Like we said, biblical proportions.

Thankfully, most people do not have the time or desire to breed from their cat and do not wish to add to the number of unwanted cats and kittens already looking for homes. Neutering a cat – castration in the male (removal of the testes), and spaying the female (removal of the ovaries and uterus) – not only prevents unwanted pregnancies occurring, but also curbs unwanted behavioural patterns associated with sexual maturity and reduces the risk of certain diseases.

Cats usually recover from the neutering operation remarkably quickly. They may be a little drowsy for a few hours, but by the next day they are usually very lively again. It is sensible to try to keep your kitten fairly quiet for a day or two to allow the internal wounds some time to heal. However, if your kitten seems unusually quiet or dull you should contact your vet. Also, if your kitten starts to lick or scratch excessively at the skin sutures, contact your vet to get a dressing or special collar to prevent any damage being done to the wound.

It is important to remember that once a cat has been neutered, there is a stronger tendency for it to become overweight. You may therefore need to adjust the amount of food you provide should your cat start to put on too much weight.